Like a lot of "tech people" with their own blog, I am pretty much a huge nerd. I play video games and write code for fun in my spare time. I don't totally and completely fit into the nerd stereotype however as there are some nerdy things I don't like ... such as D&D, which I find incredibly boring.

On this site, I will almost exclusively be posting techy-related things. Because why not. I have little-to-no interest in blogging about my personal day-to-day life otherwise. It probably wouldn't be too interesting anyway.

During the day I work as a software developer in healthcare IT. Primarily this involves developing web applications and backend services, and other software solutions that provide useful tools and information to healthcare workers. This has had me working across a bunch of varied projects over the past decade, so I'll just leave it somewhat vague like that instead of diving into a bunch of specifics, heh.

Tech-stack-wise, during the day I primarily work with the JVM (Java, Clojure), but I consider myself a polyglot (as far as programming languages are concerned). I try not to personally fixate on a single language or stack as I strongly believe this limits your growth as a software developer. It's ok to have favourites (we all do!), but it's quite wrong to believe in a "one and true programming language."

On this site, however, you will probably never find me talking about anything related to projects or technologies I use at my day job. To keep things interesting for myself, If I'm doing any coding whatsoever on my own time, I try to keep it to stuff that is very different from my day job. Otherwise, to me, the two just start blending too much together, and I don't like that.

Conversely, over the past decade I've shifted such that if I'm working with any computing related things in my spare time, it's almost exclusively going to be of the "vintage" or "retro" variety. 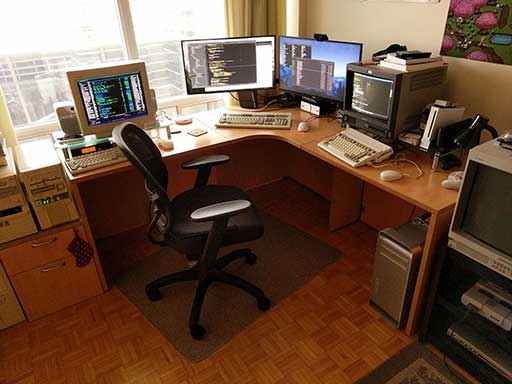 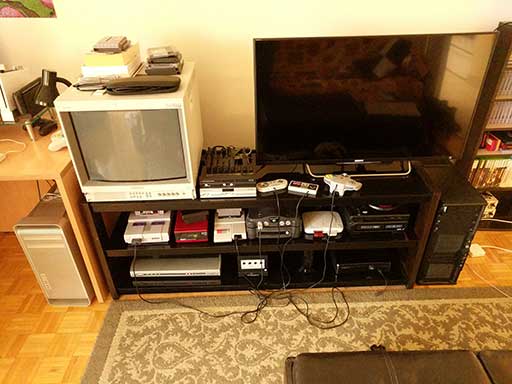 Why the fixation on vintage/retro computing? I used to work on side-projects using more modern technologies, but over time, as mentioned above, it started to feel far too similar to the day job.

But more than that, I find it fun to revisit stuff I remember using decades ago as a kid, but never fully understanding at that time. Coming back to take a second look all this time later and seeing what I can do with it now with the experience I've gained is interesting. Plus, there was a ton of other interesting hardware and software from back then that I never got a chance to explore at all (either because I just never owned something, or in some cases had never even heard about, or maybe it was just a bit before my time). A lot of computer hardware and software today feels like it's becoming more and more homogenized as time goes on, whereas stuff from the 80's and 90's tends to have a lot more character or "charm" to it. Maybe it's just me...

Anyway, you can expect to read almost nothing about modern things here on this site, heh. But it might sneak in once in a long while, who knows.

Thanks for stopping by!