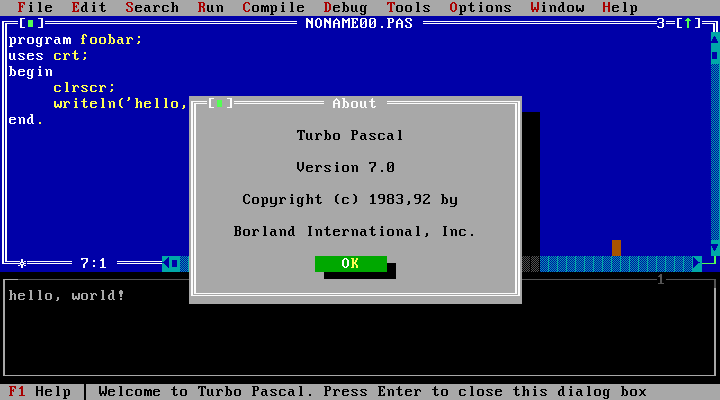 Turbo Pascal is one of those development tools from the late 80's / early 90's that I had heard of but never actually used or even seen. In fact, the Pascal programming language as a whole I can describe the same way as it pertains to myself. Until 2018.

I actually now greatly regret that my younger self in the mid 90's did not get a chance to use Turbo Pascal at that time. As I've written about before, I started out with QBasic and then moved on to C/C++, and then soon after went back to QuickBASIC 4.5 while adding assembly into the mix to do more performant graphics. The reason I ended up moving back to QuickBASIC from C/C++ was that I greatly preferred the easier/quicker edit-compile-run cycle and the simpler debugging environment (plus the inline help system in QBasic/QuickBASIC is really awesome too).

That last point is what really makes me, in 2018 looking at Turbo Pascal for the first time, think to myself: "Wow! This is what I really would've loved at that time!" 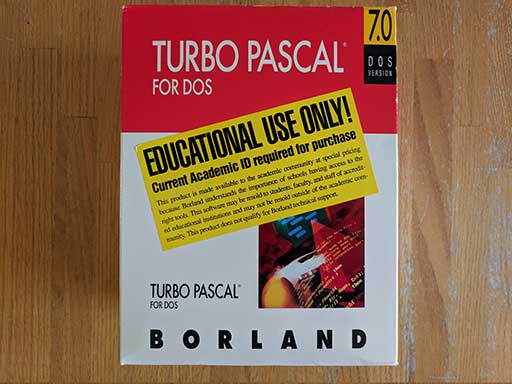 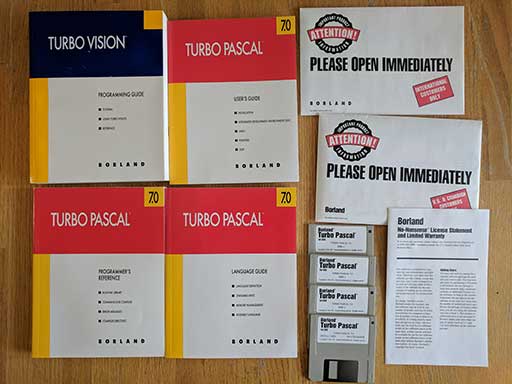 I've actually had this since early this year but only really dug into it over the summer. I originally got it after reading posts on some vintage/retro computing forums with a number of people praising Turbo Pascal as a great development tool mixing a great IDE, ease of use, inline help and advanced features (pointers, inline assembly, etc). I was intrigued and I figured that maybe it might be good to play with a bit, as I had been interested in getting into FreePascal and Lazarus a bit anyway (maybe, for various reasons which I could probably write a whole post about).

So what do I like about Turbo Pascal and why do I think my younger self would've really liked it as well? In no particular order: 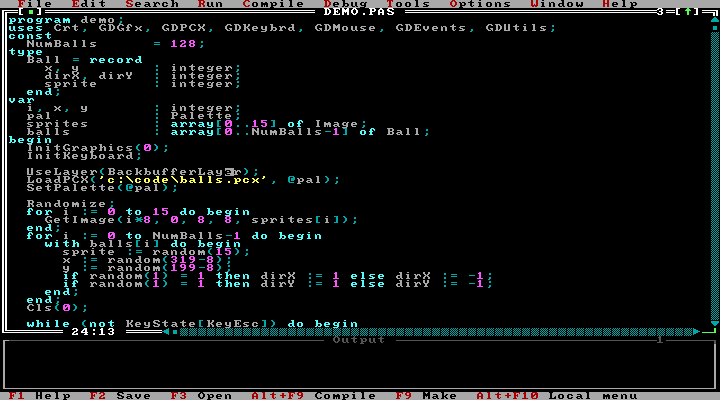 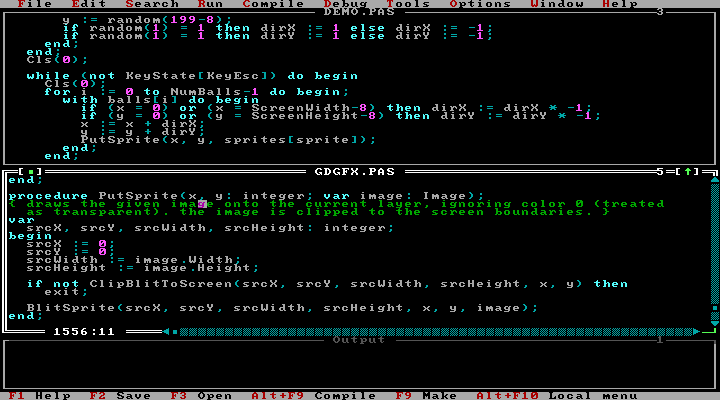 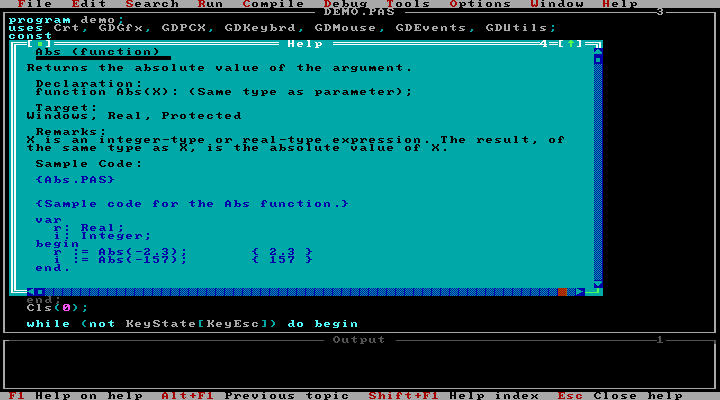 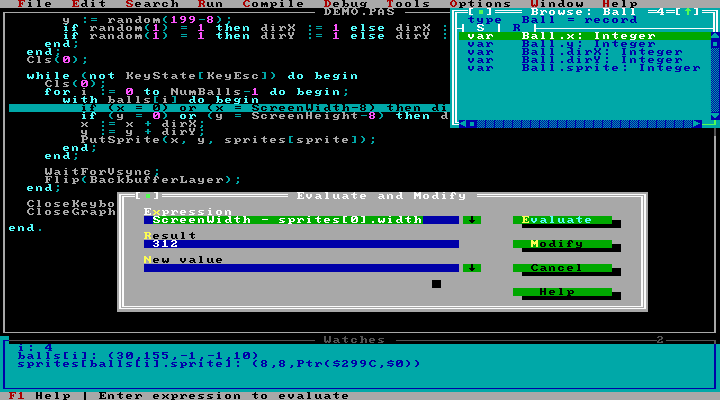 I've often read from people who learnt to program as kids in the 90's that they progressed from BASIC to Pascal and then to C/C++. I can kind of see now why that progression makes sense. To me, Turbo Pascal really does feel like either a much more advanced QBasic, or a kind of C/C++ "on training wheels" (sort of).

Turbo Pascal 7 also includes some object-oriented programming features. Actually, this was introduced I think in Turbo Pascal 5 or so, but people seem to say that it wasn't until version 7 that Borland had ironed out most of the bugs. I don't see myself using any OOP features that much (if at all), for the same reasons I now stick to C. I just prefer the procedural approach.

The limitation of your code needing to run in DOS real-mode is unfortunate to me in 2018, but if anything this just enforces developing for DOS the way it really was done for most of it's life... with 640k conventional memory, heh. Of note, Borland Pascal 7 (from what I gather, is the "professional" version of Turbo Pascal) apparently did include some ability to have your code run under DPMI and also added some 32-bit / 386 assembly support. However, I've read enough bad things about Borland's DPMI support in general that I'm not particularly interested in trying it out for myself.

For my current "retro" programming projects, I don't see myself using Turbo Pascal to tackle some of my more ambitious ideas (such as the Doom-style engine I still want to try doing), but for simple 2D graphics stuff I actually think this will be an interesting alternative to C.

The quicker edit-compile-run cycle is definitely handy. It makes prototyping or otherwise just quickly experimenting with ideas much easier. On my 486, it feels like instant compile times except maybe if I'm doing a full rebuild (which still completes in maybe two seconds). Contrast that to Watcom C where even for simple changes to a single source file, you're still waiting at least several seconds (if not longer). It makes a big difference over a day spent working on a project. I guess that is why many people who do retro programming today tend to use DOSbox or something else on their modern computers. I still refuse to go down this road though, preferring to stick with completely era-appropriate software and hardware!