I was going through an image I took of an old hard drive that died in 2005 or so that my brother and I had in our computer starting from the late 90's. Unfortunately I made an image of the disk after it was already showing a lot of problems, so a lot of content was unrecoverable. Even still, I came across a lot of old stuff... games, old school assignments, code I had written ... and this game that I apparently had copied from one of my school's computers at some point probably in the mid-to-late 90's. 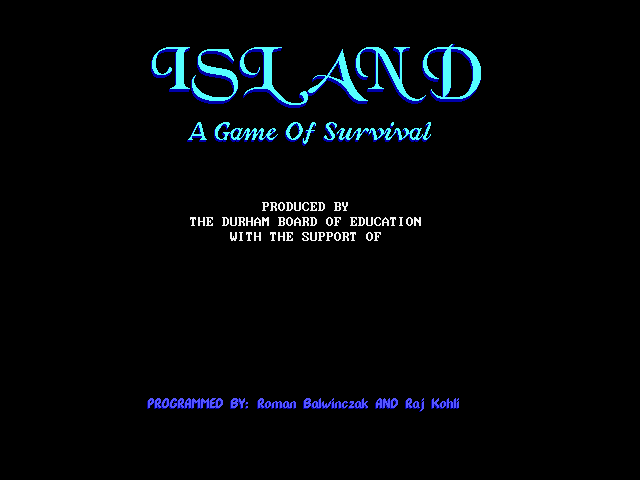 I went to school in Ontario, Canada in Durham Region (Sunderland Public School, and then later Brock High School if anyone knows the area) where the schools are run by the Durham Board of Education. Apparently this game was produced by them. As I understand it, the game itself is a DOS recreation of the C64 game "Island" by Eleanor Rice. Was kind of funny to discover that this particular version of the Island game was written in QuickBASIC 4.5!

Anyway, all of the school computers had a number of education games on them, including this game. I remember playing this game quite a bit on the computers at school back then. Looking back at it now, it certainly wasn't the best game ever... not by a long shot! But it was a lot of fun re-discovering this recently and playing it again for the first time in 20 years or so. 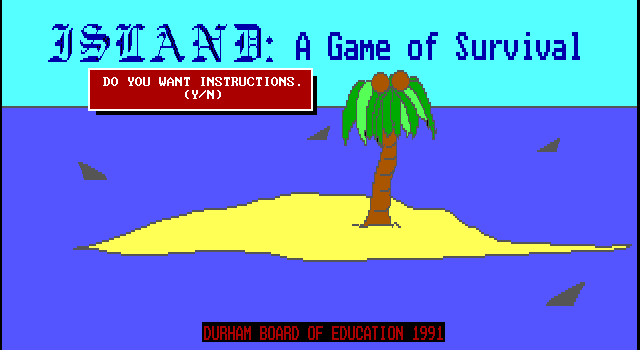 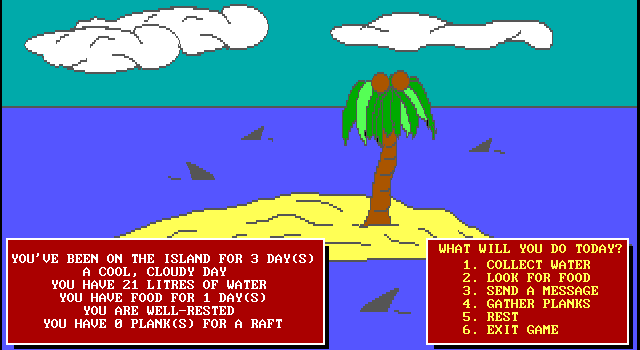 In this game, the player is stranded on a small island and must survive alone by collecting rain water, catching fish for food, and making sure not to die from exhaustion. The goal is to escape the island either by being saved by passing ships (possibly by random chance and/or by sending a message in a bottle), or to collect enough planks to build a raft. You can die in a number of ways, and in fact sending a message in a bottle can backfire with you getting picked up by pirates and being forced to walk the plank! After 30 days on the island a hurricane always comes and destroys the island and the game ends. 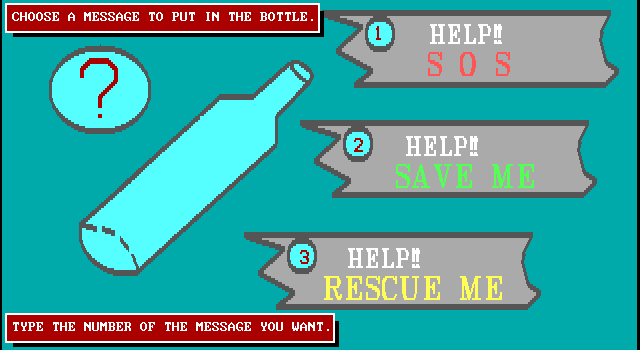 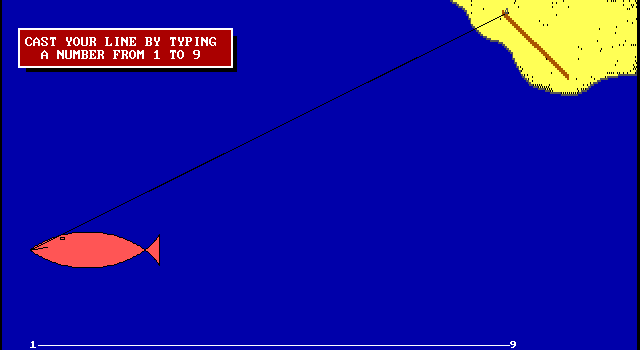 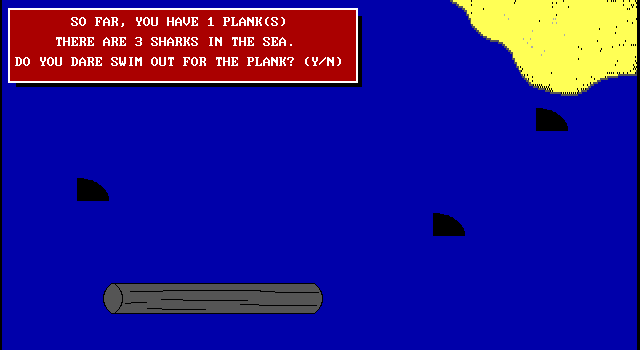 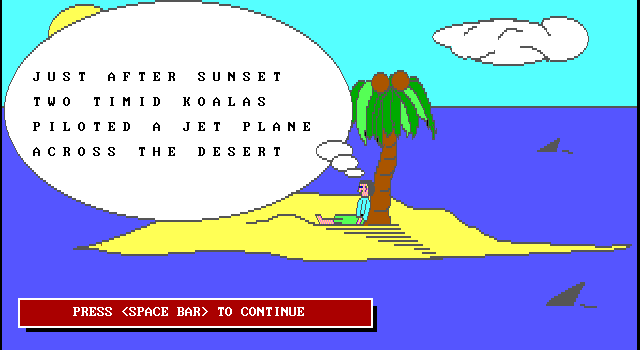 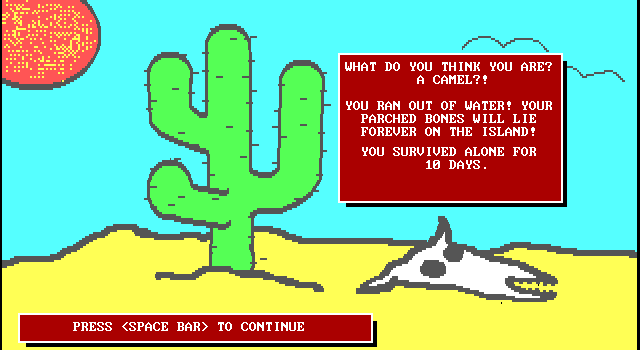 As you can see, it's a very simple game. I'm not actually sure how this port of the original C64 Island game compares as I've never played it. At any rate, I found it to be surprisingly still kind of a fun distraction. Might also be a fun little project to turn into a mobile game one day.

If there is anyone else out there who went to school in Durham Region that remembers this game and wants to play it again, you can download Island: A Game Of Survival right here. The game is a 16-bit DOS executable, so you won't be able to run it natively on a modern version of Windows (at least, I don't think you will be able to, but I don't use Windows so I cannot verify). But it works great in DOSBox.

After I originally wrote this post, it was cool to see that at least a few other people also were interested in finding this game again! I guess no one else was weird enough back then (like me) to copy the game from the school computers to play it at home. After a fair bit of searching around I could not find a copy of this game anywhere else, nor even find any screenshots of it (other then what I had posted here). Though I did come across a number of forum posts over the years from various people reminiscing about the game (and others that were also installed on the school computers back then) asking if anyone had a copy, though never with any responses from someone who did have it. I guess that because this was produced by the Durham Board of Education and probably not commercially sold or anything that it is quite rare. Happy to do my part to ensure that this wasn't lost to time!

Also very cool to see that someone was fond enough of the game to submit a copy to My Abandonware at some point during the past month. Many thanks to the person that did that!

Just a quick note that I've received an email from someone who was happy to find this game again who went to school in the 1990's in St. Thomas, Ontario! This would be a school under the Thames Valley District School Board. I think that's the first I heard that this game was definitely not just limited to Durham Region schools. Definitely interesting to hear!

Over two years since posting this, it continues to amaze me how many people have contacted me by email to share their fond memories of playing this game when they were younger at their school. I feel like for many Ontario kids back in the 90's it probably ranks right up there with "The Oregon Trail" for other kids who remember growing up playing that game (which I must confess, I've never played, so I cannot personally share in that nostalgia). I think this post is the most viewed page on this site, heh.

Continuing on the trend of sharing locations of schools outside of Durham Region in Ontario who had this game on their school computers, I've now heard from people from Cobourg (Merwin Greer Public School), Brighton and Port Colborne (Steele Street Public School).

Also looks like someone uploaded the game to the Internet Archive last November, so there you go... looks like this game definitely will not be lost to time!